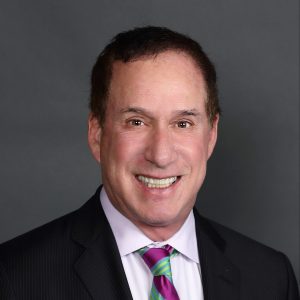 The Digital Health Guy Gets The Expert Opinion:

If you have ever signed up for a medical plan through a company or a union, you know it is a fairly simple process.

You sit down with someone who explains what your plan will cost and what it provides, and you sign up. There might be a few additional steps, like selecting a primary care physician, but you’re pretty much finished interacting with your plan until you go get a checkup or submit a claim.

But on that day, you begin to form an impression of whether your new plan is a good one.

If it covers a large portion of your medical and pharmacy expenses, you probably feel pretty good that you have landed in a good plan. If it bundles in some meaningful extras at low or no additional cost (a health club membership or a Fitbit, for example), you start to think it is a really good plan. And if you have recently developed type 2 diabetes and the plan offers a no-cost membership to a great diabetes coaching and monitoring service like Omada Health, you think you have been lucky enough to have signed up for a great plan. Your employer is going the extra mile to provide meaningful extras that will improve your health and make you feel really good about your coverage.

That is what you and I and other consumers see from our vantage point. Rarely do we stop to consider questions like, “Where did this plan come from . . . how did my employer pick it and customize it for me and my colleagues?” Most end-users assume that some kind of salespeople sold the plan to our employers, and that’s how we ended up with it.

That could be true. But in most cases, the plan became available thanks to the efforts of a health care consultant/broker. These are individuals and companies that serve as intermediaries between the companies where we work and insurance companies and other providers. During the writing of “The Digital Health Revolution”, about 95% all companies and organizations in America obtain their insurance and health plans not from salespeople per se, but through the services of broker-consultants.

A thoughtful, resourceful and caring consultant/broker can make a major contribution to improving the quality of care that end users receive.

How do quality plans evolve?

“It starts with talking to companies and other entities that need plans,” Henry explains. “The idea is to develop solutions – be they insurance plans, technologies like Fitbits, and specialized services that enhance the value proposition for the organization that will offer the plan.”

The decisions that result from that process can affect the health and quality of life for a very large group of health care consumers. That was the case when Bohemia Health worked with the Monterey County Schools in California, a buying consortium made up of nearly 20 school districts that employ thousands of individuals in communities that include Carmel and Salinas. After working with the Monterey Schools to assess their needs and desires, Henry and his team decided to partner with Anthem. And because Bohemia Health stays ahead of the curve on developments in digital health, it was able to offer modern extras that included companies that included Teladoc and Castlight.

“Employee benefits are the second highest cost that companies incur,” Henry states, “second only to payroll. First salaries, second, employee benefit costs. That means medical, which is probably the biggest of those services and expenditures.”

The attitudes that are present, even in some cutting-edge digital health companies, can be another obstacle that prevents end users from getting access to their products. “Digital health companies don’t understand or utilize the power that distribution has over the way plans are implemented,” Henry says. “Some larger companies want to go direct to employers, and they can sometimes do that. But by and large, companies rely on distribution partners.”

“Also many broker/consultants aren’t adventuresome enough. They will say, `let the Anthems or Aetnas do it,’ and just try to sell products instead of finding new solutions for the marketplace.

“They should be advocating for the new solutions,” Henry says, “not saying, `That’s not my role.’”

It is gratifying to learn that consultants like Henry Loubet, like so many other individuals who occupy influential positions in the world of health care, are conscious that they are not just “making deals,” but moving the needle and improving the quality of care that large numbers of Americans receive.

Henry Loubet is CEO of Bohemia Health and a leading broker/consultant in the world of health care. He has negotiated agreements between insurers and companies that have brought health coverage to millions of consumers. You can follow him on Twitter @henry_loubet and on Linkedin

Henry’s help as one of our Thought Leaders for the book:“The Digital Health Revolution” is so very appreciated – sign up here for updates and to get your copy today.