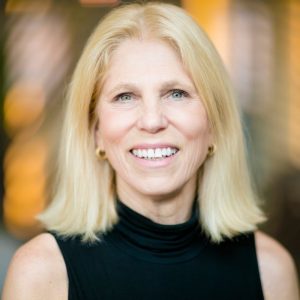 Ann Mond Johnson joined the American Telemedicine Association (ATA) as CEO in 2018. Her experience includes building, launching and leading client-driven companies that have been innovators in healthcare technology and data to support consumers using healthcare.

Prior to joining the ATA, Ann served as CEO of Zest Health, a technology-enabled service; as Board Chair and Advisor to ConnectedHealth, a leading provider of private insurance exchanges; and as co-founder and CEO of Subimo, a pioneer in healthcare cost and quality decision support tools for consumers. Ann began her career in healthcare data and information as Senior Vice President at Sachs Group (now part of IBM Watson/Truven Health). She also worked at a multi-hospital system in Minneapolis which is now part of Allina.

Ann’s ability to inspire and lead diverse teams has helped build both profitable organizations and innovation in the industry. Widely acknowledged as a thought leader, she presents at a range of professional meetings and conferences. She also maintains an active professional network and affiliations, including membership in the Healthcare Executive Leadership Network and Women Business Leaders of US Healthcare. Ann served on the Healthcare Advisory Council for UMB Bank and as an advisor to several start-ups. She was inducted in the Chicago Entrepreneurship Hall of Fame in 2016.

On the Growing Use of Telehealth

“I think that the thing that came out of this pandemic is a confirmation that once people used telehealth or virtual services, they would like them,” Ann says. “It was just a question of getting them to use it. And that’s exactly what happened.

“It’s like, oh, my God, this actually works! And so consumers were pleasantly surprised. The other thing that came out of it was that they said they would use it again. From the  convenience and lower costs in many instances, to just the whole avoidance of time wasted. That proved to be an important thing from the consumer’s vantage point. And likewise, from the provider’s vantage point.”

Not only is telehealth easy, but it offers immediate benefits that people will continue to rely upon in the years ahead. Consumers are saying, “I didn’t have to get up and leave by home to go to appointments, because my smartphone is able to connect me. This has a meaningful benefit for me, and moreover, it solved a real-world healthcare problem.”

But Ann points out that people didn’t immediately adopt , accept and love telehealth. Some consumers were actually “terrified” of using it. One cause of that fear, she feels, is that people believed that they had been cut loose from their resources of expert guidance and direction. They were using their apps, for example, and going here and there to access advice and care, but who was saying that the sources they found were the best or correct ones?

What overcame that fear and those objections?

“I think that it was not just the video visits that worked, but the element of asynchronous interactions where consumers would ask questions and get answers they were looking for. They would find, for example, that what they were experiencing was not symptomatic with Covid.”

But they also got another layer of advice. One example? They would be given advice like, “Here’s where you are, but if things change here are the next steps you should follow.” People found that new telehealth platforms gave them guidance and immediate feedback.

“Digital health saved the day,” she says, “It saved the healthcare system from imploding.”

“One of my favorite stories about telehealth is about a pediatrician here in D.C.,” says Ann. “And because she was older, she was assigned to, and belonged to, a group of pediatricians. They were doing well, conducting child checkups digitally and virtually. She was thrilled.

“She was able to accomplish a lot. She couldn’t do the the immunizations or the vaccines, but she could do a lot of other things. And that was pleasant and surprising for her. It was incredibly reassuring for parents too.

“What we are doing now is collecting these stories as part of a campaign to ensure that the gains that we’ve made stick at both a federal and state level.”

One underlying issue that Ann has noticed is that regulations has not caught up with what technology can do. And if you look at a lot of the regulations that were in place that have now been waived or relaxed during the pandemic, we see that some of them were sort of absurd. As Ann defines it, there has been so much architecture and scaffolding.

The problem with these structures is that they are about providing ease and increased profits not for the patient, but for other entities within the universe of healthcare – insurers, plan administrators, and others.

They are not there to protect the patient. The fact that you have to drive somewhere in order to get care wasn’t helping anyone. And so that was something that had been a target for a long time to eliminate.

“To our delight and surprise,” Ann says, “our representatives in government do want to ensure that Americans get care where and when they need it, and they want to ensure that it’s safe and it’s effective and it’s appropriate, and we do want to enable clinicians to do more good for more people. I will tell you that the new administration is very engaged, very involved, very supportive of telehealth. And we were gratified by that. There’s a very strong bipartisan coalition on the Hill. I have an interview next week with congressmen Glenn Thompson and David Schweikert. They’re all in with telehealth and that’s exciting.”

Ann points out that corporations like HP, Sony, Horizon and Microsoft all have commitments to telehealth development.

“And she adds, “I think that what we’re seeing now, because we’ve put together comments from the physician – we’ve seen some really important developments or heroes that came out of this pandemic that we hope to get incorporated going forward.”

Yet We Are Still Catching Up

“We’re going to make mistakes,” Ann says, “so it could be a situation where a physician gets off the phone with a patient and says, `Oh, no, you have to come in.’

“In that instance, which is the starkest characterization of what can happen that is inefficient, patients are going to doubt how well telehealth is working. “There is always going to be a transition period that we’re going to have to go through.”

Ann is right, there are always going to be obstacles we have yet to overcome. We have to continue moving forward, recognizing that there are different layers of protection and safeguarding that we want to see maintained and strengthened.

“There are certainly things that we have to work through,” Ann says. But telehealth? This trend is already in place and the train has left the station.”

As the only organization completely focused on advancing telehealth, the American Telemedicine Association is committed to ensuring that everyone has access to safe, affordable, and appropriate care when and where they need it, enabling the system to do more good for more people.

You can read the full interview with Ann in Kevin’s book, It Takes a Village – Click here to get it on Amazon.