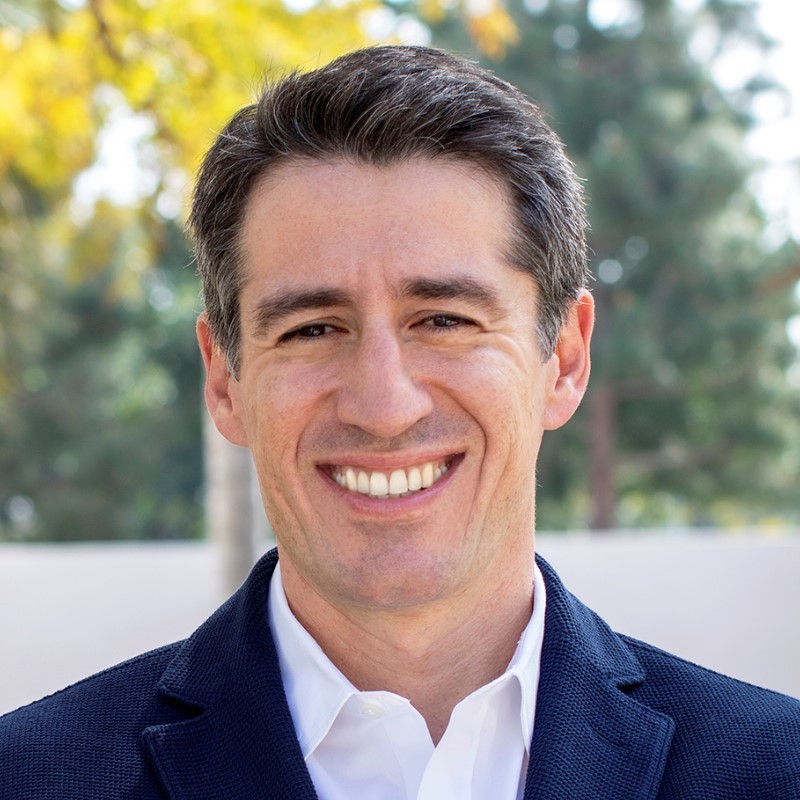 David Pastrana comes naturally to his career with Jenny Craig. He was born and grew up in Madrid, where he and his community practiced what he calls a Mediterranean Diet that centered on eating fish, complex carbohydrates, and foods prepared with healthy olive oil.

David Pastrana studied engineering and started his business career with Zara, a women’s fashion brand and retailer, where he worked on marketing strategy for a number of years. What is the connection between women’s fashion and weight control?

“Women’s fashion is what I call an emotional women’s business,” Pastrana explains, “meaning that the goal is to help women feel good about themselves.”

And David, like other executives we talk with in this book, had a personal epiphany about his own health. “I went through a personal health and weight loss journey myself,” he says. “It was a point in my life when I had to lose about 30 pounds. I used to do a lot of sports since I was a child, and there was a point in time when I got to be close to 200 pounds. My second child had been born. I already had one who was three years old, and I realized that I couldn’t continue that way. I couldn’t do any sports! I had essentially focused everything on my career. I was a president of a multi-billion-dollar business, but I didn’t have any time for my wife or my kids. And essentially, I didn’t have any time for me.”

David began what he calls “a personal weight-loss journey.”

“The first thing that I stopped was coffee, and coffee became something of a learning point for me. You have a coffee in the morning, you have one in the middle of the morning, and you have one in the afternoon, and you basically get completely addicted to it. I felt like I had to get that under control. I then eliminated a lot of carbohydrates. I went back to the diet that I had eaten when I was a child and I got into exercise. I do cross training now, and I’ve done competitive exercise. I wanted to take the weight off for my family to be a good dad, to give to my kids and to be a good leader. When you are a president of an organization, you are managing thousands of people. You have to be extremely upbeat. You have to be happy. You have to have enjoyable conversations. You have to sleep properly. And amazingly in parallel, Jenny Craig was an opportunity that became available to me. I was extremely excited because it’s essentially the journey that I’ll be working on for the rest of my life.”

David conceptualizes weight loss as a branch of preventive medicine. And he sees phenomenal growth in the area as it becomes interconnected with other areas of wellbeing. He believes that in the near future, the interconnected businesses of nutrition, exercise, and sleep management will evolve into a $1 trillion industry.

“It comes down to practicing certain habits,” he says, “Not very complicated, but it can make a big impact in your life and how you live and how long you live. So that’s how I got into Jenny Craig. Jenny Craig has been doing this for 37 years! We have a science advisory board focused on healthcare. One of the people in that advisory board is a Harvard Medical School professor. We focus on lifestyle, as well.”

David believes that obesity is the number one underlying health problem in America. Obesity impairs immunity. And in a situation like Covid-19, it becomes even the most important thing.

And obesity starts when people are young, which is the time when a company like Jenny Craig can intervene and inculcate healthy habits and behaviors. Jenny Craig, with David’s encouragement, has introduced an app that is designed to help teenagers educate themselves about healthy habits and eating.

“We’re using gamification,” David says, “but we also became more centered on e-commerce through Covid-19, and we implemented an omni-channel transformation.”

David believes that when people look good and are fit, they feel more confident. It is an educational effort. After all, people can enjoy a healthy relationship with food. Food is not an enemy. He believes that food is wonderful.

Part of the Jenny Craig philosophy is centered on monitoring one’s intake of both salt and sugar. Another factor is portion control, which David believes is an emotional/socialized factor. In America, he notes that many children are brought up to overeat because they are told that it is “bad” to leave uneaten portions of food on their plates. We  are actually conditioned to eat everything that is put in front of us. And what are we eating? We know that the North American diet is not balanced.

“The American comfort diet is very intense on carbohydrates,” David notes. “About 70 percent of it is going to be carbohydrates and the remaining 30 percent is going to be between proteins, vegetables, and certain other things. That’s just an average. We learn to eat that way over time, and when we are 30, it is difficult to change those behaviors that we learned when you were kids.”

Changing that requires education and behavioral change. So instead of just giving clients a list of foods to eat, Jenny Craig has dieticians who sit down with clients, set targets, and work with them flexibly to find what will work for them.

“I did it myself,” David says. “For some people, coffee is not a problem. I have espresso but when I have the long American coffees a few times a day, basically I lose a lot of nutrients that I need to keep in my body. So having a nutritionist or having a coach that works with you can actually help you build that relationship in a healthy way.”

And now Walgreens and Jenny Craig are aligned with Kroger food stores too. “The opportunity there is just incredible,” David says. “And so that’s really the focus at the moment. And we don’t think that the goal is to have as many cooperations and opportunities as we possibly can. It’s a matter of having a few very meaningful ones. And Walgreens right now is the right one. We are focused on that success. We have a symbiosis between what they do and what we do. We have millions of customers, and we work with plans to lose millions of pounds, and Walgreens also has millions of customers. I think those are great opportunities.”

We are driving change and convincing a growing number of people that there is an intimate, and strong, relationship between nutrition, exercise, and good health.

Mr. Pastrana is the Chief Executive Officer for Jenny Craig. He is a transformational business leader international known for his keen acumen in product development and merchandising, operational optimization and brand innovation. David brings more than 15 years of experience in president and C-Level roles, leading global multi-billion-dollar consumer retailers and top industry brands through enterprise and digital transformations to deliver business growth.

David was born and raised in Madrid, where he and his community practiced what he calls a Mediterranean diet. He holds an undergraduate degree in Mechanical Engineering from Universidad Carlos III de Madrid and a Master of Business Administration, Retail and Consumer Goods, from INSEAD, Fontainebleau, France.

You can read the full interview with David in Kevin’s book, It Takes a Village – Click here to get it on Amazon.

Available now, sequel to The Digital Health Revolution, “It Takes A Village” by Kevin Pereau,  Please click here to pre-order.