Is it possible to: 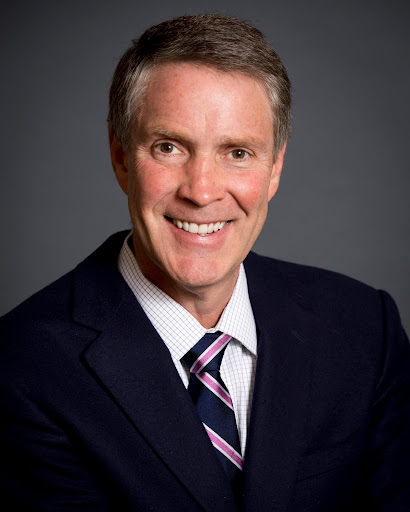 – improve access to healthcare
– while reducing cost
– and improving the quality of care – all at the same time?

I am not the first person to define these goals. In fact, they were originally identified as The Triple Aim of Healthcare by Don Berman at the Institute for Healthcare Improvement, a Boston-based nonprofit with the stated mission to assure that people everywhere have access to the best possible care. Since then, the “Triple Aim” has become the holy grail for what vibrant healthcare should look like worldwide.

According to Senator Bill Frist, M.D., the goal of achieving the Triple Aim is both desirable and attainable. Senator Frist is one of the most distinguished public servants ever to have worked in the Senate.

He began his career as a pioneering heart and lung transplant surgeon and founded the Vanderbilt Multi-Organ Transplant Center. He then entered politics, served as a U.S. Senator for two terms, and was U.S. Senate Majority Leader. Now that he has returned to private life, Senator Frist has become an active investor in healthcare companies. His activities reflect the simple principle that one way to achieve the Triple Aim is to support and cultivate the most innovative healthcare companies, with a focus on those with the greatest potential to deliver quality care to underserved populations. He is a founding partner of Frist Cressey Ventures and Chairman of the Distinguished Executives Council of Cressey & Company. We are grateful for his insights and perspective.

“The Vanderbilt Multi-Organ Transplant Center, which is fifteen miles from where I live, is now home to the largest heart transplant program in the world. It does today more heart transplants than any other center  in the United States. I spent about 10 years first founding then building that program.    The aim was to cultivate new technologies and new transplant surgical procedures that very few people had done or seen previously. In the early 1980s only a handful of centers were doing more than 10 heart transplants, and few were attempting lung or combined heart-lung transplants. Artificial hearts were in their infancy.”

Senator Frist is a thoughtful man who also had specific goals he wanted to achieve in politics. Among the topics we discussed were his motivation for spending two terms in the U.S. Senate. Driving him was a desire to improve access to quality healthcare for America’s underserved populations. While in the Senate, he was a force behind formulating and passage of The Medicare Prescription Drug, Improvement, and Modernization Act of 2003, which set the benchmark/framework/competitive-bidding process — also called the +Choice plan that became Medicare Advantage plans. Senator Frist told me that he and Senator Edward Kennedy worked together behind closed doors to write and negotiate the bill. I am not sure how widely known that is.

“I spent 12 years in the policy world where a priority was to afford access to affordable, convenient, quality care and to address health inequities,” he explains. “At that time, Medicare Advantage had only enrolled about five million people.”

Currently, about 28 million Americans are enrolled in Medicare Advantage.

“HIV AIDS was another important global problem at the time, hollowing out societies around the world and claiming more than three million lives annually” Senator Frist says, “As Majority Leader and the only physician in the Senate, I, working closely under President Bush’s leadership, led Senate passage of this monumental legislation which ultimately changed the course of history.

“All that innovation pulled people together in ways they never had come together before, around affordable, convenient access in an equitable approach to high-quality care. We know that in general, care in any sense has a lot of inequities built into it. But at the same time, innovation and technology made it possible to move healthcare forward.

“For the last 14 years in private life, I put all that together and began to build healthcare companies, focusing on tech-enabled health services and starting in the mid-market private investment world.”

Clearly, Senator Frist views investing in and starting new healthcare companies as a way to move healthcare as a whole toward that vaunted Triple Aim. In support of that goal, he co-founded Frist Cressey Ventures.

“I’m a partner and founder,” he says. “On the one hand, with Cressey and Company we take ideas at the mid-market level, and build better systems, so we can take them to scale nationally. In the venture capital or start-up world, Frist Cressey Ventures focuses on IP-enabled [Internet Protocol-enabled] health services to address in a very mission-driven way the inequities, the gaps in our healthcare system, that government with its blunt hand, just cannot address.”

Senator Frist is also actively engaged in humanitarian and philanthropic outreach, including board service on the Robert Wood Johnson Foundation and The Nature Conservancy, and mission trips around the world. His commitment is nothing short of inspiring. His combination of governmental, business, and humanitarian initiatives demonstrates how much difference can be made by one committed individual. He surrounds himself with like-minded individuals equally committed to making a difference.

Where does Senator Frist see his brand of committed, humanitarian healthcare going in the future?

“A lot of the innovation we did, like unraveling the genetic code as part of the Human Genome Project – came in two years ahead of schedule, and way under a budget which was $7 billion; in the end, it probably cost $4 billion. It created the platform for much of what we call the synthetic biology revolution. Almost all the companies I get involved with today depend on that sort of digital evolution, revolution, enablement, and empowerment in some way. In my investment group, we address productivity, inefficiencies, gaps in healthcare, gaps in delivery, administration, back office, productivity, reaching patients where they are.”

Where Does Connected Health Take Us Next?

“Kevin,” Senator Frist told me, “It’s a broader question than about where you personally started out. Rural healthcare is something that nobody has been able to address. In rural areas, there is a higher burden of disease, more obesity, more opioid use, more hypertension, higher infant mortality and higher overall mortality.

“You have to remember, about 60% of our nation’s population resides in rural communities. That represents a unique challenge. In rural areas there is less access to primary care. There are fewer specialists, less access to nurses and tertiary or secondary hospitals.

“Tennessee has 49 hospitals today. Eleven have gone out of business in the last 10 years. Of the 49 rural hospitals we have today, 25 are at risk for closure. And 23 of those are at immediate risk for closure. So, we have a higher burden of disease paired with a very low supply. The trends are all going in the wrong direction with closure of care. That problem is just going to get worse.

“Why? Because of a lack of cultural sensitivity. I put that number one, and that’s where everybody else out there will continue to fail because they say, `I’ve got the technology and I’ll throw it at the problem.’ But that’s not going to do it. We need cultural sensitivity.

“In general, we’ve got the building blocks in the community to be culturally sensitive. You have some primary care-providers and urgent care centers that are trying to focus on rural health care. Plus, you have independent pharmacies which have been underutilized until now.

“Capturing the tailwind of a fee-for-service system, moving to value-based care, you will find people starting to focus on outcomes instead of individual services being delivered in a chaotic and unconnected way.

“But things can always get better, and it is really not that hard. That said, nobody has actually been able to do it just yet.”

How will it happen? When I spoke with Senator Frist, he was just about to announce the debut of a company called Main Street Health and that could be a predictor of the kind of change we are about to see happen in rural markets.

“It will be a culturally sensitive organization from day one,” Senator Frist says, and “it will be able to integrate the independent pharmacies, the urgent care centers and the local doctors and nurses in a way that’s built around that true value-based care.

“Other people have tried, and we know the health plans and payers want it. They are responsible for covering the cost of caring for those patients, but they are just not delivering. Some are simply too big to innovate. They have too many other responsibilities that they regard as bigger, louder voices. They can’t focus on vulnerable populations in rural areas especially.”

But when the changes that Senator Frist envisions happen, what will they look like from a consumer’s perspective?

“In a rural community of 3,000 people, when someone wakes up in the middle of the night and needs care, all they can do is go to a hospital. Hopefully, there is a hospital nearby. But the goal of innovative companies will increasingly be to offer access to real physicians who will be working with nurses.

“That’s the way it is. Nurses do a better job than a lot of doctors with 24/7 access – say, in a community that’s four hours from Nashville or Memphis, where a hospital can be three or four counties away. Digital health technologies can connect people to care wherever they live, likely from nurse practitioners.

“That sort of alignment just hasn’t been done before. Obviously, we’ll use telemedicine and virtual care. We have the advantage now that a lot of the specialists are used to doing that. They weren’t, pre-Covid, but now they are. And that’s going to make our job a lot easier.”

Follow Dr. Frist on LinkedIn and on Twitter. Also, have a listen to his podcast, “A Second Opinion”

You can read the full interview with Dr. Frist in Kevin’s book, It Takes a Village – Click here to get it on Amazon.