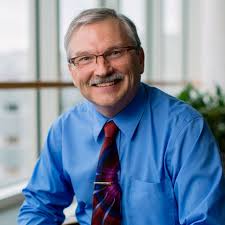 How do physicians feel about the growing role that computers and data play in the quality of care they are able to provide? What has changed in the way data is used? How do they think the use of data is transforming their patients’ lives, health, and wellness outcomes? And how do they view privacy issues?

It will come as no surprise that many physicians, including Dr. Munger, who care deeply about their patients care about those questions too.

Dr. Thomas Munger completed his undergraduate studies at the University of Vermont in 1980, where he majored in mathematics and minored in physics. The next year he entered that university’s School of Medicine and earned his MD in 1984. He then did his residency at the Mayo Clinic, where his interests and passions led him to pursue work as a researcher, a caregiver to patients, and a teacher.

Dr. Munger has remained at the Mayo Clinic ever since, and now serves as Division Chair of the Heart Rhythm Division. He was awarded the Mayo Clinic’s Cardiovascular Laureate Award in 2007. He was named the Cardiovascular Division Teacher of the Year in 2002 and has won numerous commendations that reflect his contributions to education, research and patient care.

Dr. Munger on Computers and Medicine: A 1983 Perspective

Dr. Munger began to consider the use of computers in medicine while he was still in medical school in Vermont.

“On one occasion, I think in my third year of medical school, we had Dr. Larry Weed come visit us from Case Western Reserve University,” Dr. Munger recalls. “He was a big proponent of putting a computer on every desk, right in front of every physician, to be used to try to figure out diagnoses.”

In that class, Dr. Weed went to a blackboard and drew a big circle and said, “This is the medical knowledge that you possess, or what the valedictorian at the Harvard Medical School knows.”

Dr. Weed then drew a bigger circle around that circle and said, “And this is what you need to know.” And then he said, “This is why we need the computer in health care.”

Dr. Munger was no stranger to computers. He had used them a lot during his undergraduate years. “We were writing Fortran in about 1983,” he recalls. “From a medical point of view, we used a little computer, it was a touch screen computer system, in the main medical building up in Portland to do order entry. Nothing else was on it. It had a cumbersome touch screen but that was the first time I used any computer in health care. But when I understood what Dr. Weed was telling us, I saw the enormous potential that computers could have in health care. But I also saw a roadblock. How would we ever get all that knowledge, and all that information, into a computer system that everyone could use? I’m not sure we’ve ever gotten there, after 30 years.”

When Dr. Munger arrived at the Mayo Clinic, he discovered that a rather sophisticated, while antiquated, system of delivering patient records was in use.

“The idea of an integrated medical record had been conceived before the computer existed,” he explains. “Years earlier, Dr. Henry Plummer had worked with the Mayo brothers and they decided to create a way to take paper records and integrate their use on the medical center campus, so that the surgeons and the internists and the radiologists and everyone could always see a patient’s records. They developed a system of pneumatic tubes that were used to deliver a patient’s records to different departments. So, there was an independent record that traveled with each patient.”

He recalls that the system worked remarkably well. But as you would imagine, there was a need for a more sophisticated electronic system – one that would not only deliver paper records, but capture patient data in a central place. So by 1995, he and his colleagues were moving patient records over to the Mayo’s own Electronic Medical Record (EMR) system. “The challenge was to integrate a hundred years of paper records into the digital records,” he says.

“And it basically never happened. Even now, if I need records from the 1940s or 1930s, I still have to go back to the paper records. And there are other challenges. We have two other large groups – one in Arizona and one in Florida – and the goal is to have shared access to electronic records everywhere. We made a decision at the enterprise level to switch from the EMR system that we developed in Rochester to Epic, a vendor. So, we’re working through that. I think the idea at the enterprise level is that there must be something that everyone can see around the country. While physicians still won’t be able to see medical records from non-Epic users, I think you’ll see that when a patient comes from Brigham and Women’s, for example, since they’re on Epic, we’ll be able to see their records. So that is a good step. Again, the challenge is trying to integrate records amongst lots of different centers in the country. We’re moving the whole process over to Epic. I think we just happen to be in a three-year project.”

Previously, it was up to the patient to collect a variety of medical records. If he or she had multiple health issues and was seeing several different physicians, it was necessary to contact each of those providers, request records, organize them, and make them available to everyone. Some very fastidious patients collected all their records and brought them all to each physician they saw. Some of them even organized their records on their own computers. But it was very inefficient and haphazard.

“And then,” Dr. Munger adds, “there is the problem of getting all those paper records into our EMR by scanning and organizing. And many times, the paper print-out of those records is very cumbersome and poorly organized. It doesn’t meet the needs of the patients, insurers, pharmacies, or other entities.”

The security of patient data is a major concern, both for patients and care providers.

“I think it’s a huge thing,” Dr. Munger says, “and it’s not actually standardized across the country in any fashion, as you would expect it to be. I think there are 4,000 possible hospital systems at this point in time, and God knows how many more additional outpatient clinics.”

And now another concern is emerging: the need to protect data and systems from hackers. In one recent case, they were able to shut down a hospital’s emergency room and demanded a ransom, paid in Bitcoin, before they would turn it back on again. And there are still more concerns.

“Another major concern,” Dr. Munger explains, “is the possibility that individual patient devices and data can be hacked. Being able to wirelessly communicate with devices like pacemakers and implantable defibrillators is important. We can pull data off those devices on a day-by-day basis to see how patients are doing. But it is theoretically possible to hack into that data and cause havoc. Security issues are always growing and evolving, and we need to be equally creative about implementing systems to limit access to patient information.”

Every kind of implantable device that is about to be used with a patient is analyzed by the Mayo Clinic and subjected to an internal security analysis and review. Another security concern centers on the number of emails that physicians and other personnel receive every day. To help them remain vigilant about possible phishing emails, the clinic sends out reminders about phishing and fake emails that resemble phishing efforts; if staff members make the mistake of responding to them, they are reminded of appropriate security protocols that they should have observed.

When Dr. Munger first began to practice, patients typically visited their physicians every three months. In those times, data was updated in a non-continuous way. Today, electronic data is gathered continuously.

“Once wireless technology came out with implantable devices and patients had modems installed in their homes and similar technology was put in place, things changed dramatically,” Dr. Munger explains. “We started getting data on a daily basis.”

One big issue now is monitoring and triaging that incoming data, so emergencies can be recognized if they occur, and preventative care can be initiated. The Mayo Clinic, has a staff of technicians who constantly watch incoming data and act quickly if, for example, it indicates that a patient is having a cardiac event.

“They’re constantly monitoring about 100 patients,” Dr. Munger says, “and they have a protocol with which to escalate it to the next level, to the coronary care unit or attending physician.”

Many companies, Dr. Munger states, are developing software that can monitor that incoming data and issue alerts if a patient should be advised to go to the emergency room, contact his or her physician, or take other appropriate steps.

Now that patients are gathering data on their own, other concerns arise. Dr. Munger explains, “Patients are gathering more of their own data today, which is positive. But in the process, is important and possibly critical data being withheld from care providers who should be monitoring it?”

When patients arrive at the Mayo Clinic for treatment, they are asked about all the points where their data is being collected and reported, so the Clinic can both gather it and take appropriate steps to counter any security risks.

Future Challenges and Trends He Sees

One big concern is the need for more widespread data-sharing across hospitals and physicians. If a patient who is receiving treatment at one hospital visits the emergency room at a hospital located far away, for example, impediments still exist in accessing that patient’s data immediately and efficiently.

Another obstacle is that even when large databases of patient data have been amassed, it is an immense challenge to search through it, find what is pertinent, and discover patterns that indicate that treatment might be required. What medications is a patient taking, for example, and are they likely to cause unhealthy reactions? Making such determinations is still largely up to individual physicians who review records during patient visits.

Yet as more data is amassed and better organized, major new benefits lie ahead for patients.

Dr. Munger sees one major trend on the horizon: the integration of patients’ genomic data into their medical records. If a patient has a genetic and familiar predisposition for a particular disease or condition, that information can be integrated into his or her records, where it will trigger alerts when certain types of tests become available, when certain drugs should be avoided, and more.

“We know that genotyping, which has been out there for 20 years, can have a major impact on patient outcomes,” Dr. Munger states. “When it is integrated into patient records, it will add up to a whole personalized approach to medicine.”

Dr. Thomas Munger is Heart Rhythm Division Chairman at the Mayo Clinic in Rochester, Minnesota. He was awarded the Mayo Clinic’s Cardiovascular Laureate Award in 2007, was named the Cardiovascular Division Teacher of the Year in 2002 and has won numerous commendations that reflect his contributions in education, research and patient care.

You can find this interview in its entirety in ‘The Digital Health Revolution’. If you haven’t done so yet, you can sign up here for updates and to get your copy today.